It was in early childhood when I got off on the wrong foot, if you will, concerning bubblegum. I tried it only a few times. The flavor, and especially the smell, of the standard pink (Bazooka Joe) bubblegum was unattractive to my nostrils. The gooey, stringy texture was also repugnant, as it was sometimes partly in my mouth while simultaneously hanging down my throat, triggering my gag reflex. I sometimes have nightmares about pulling great, endless wads of gum out of my mouth. (I don’t even like marshmallows unless charred over an open flame.) I tried Chiclets and gum balls that just added shards of undissolved candy coating to the goo. Dry sticks of Wrigleys’ chewing gum required some effort to soften. Spearmint and Doublemint lost their taste quickly and left only the flavorless latex to enjoy. Juicy Fruit, a mix of flavors, revolts me as it reeks of the bottom of a dirty garbage pail. I remember being taunted for swallowing my gum. I recall a time when gum chewing was forbidden in school. If a student was caught chewing gum in class the teacher would make the kid wear it on the bridge of his nose for a while. To avoid this punishment some kids parked their gum behind their ears.

There was even a popular song written in 1961 by Lonnie Donegan in this vein:

“Does your Chewing Gum Lose Its Flavor”

Too often, kids would fall asleep with a wad of chewing gum in their mouths only to wake up the next morning with it thoroughly and disastrously matted in their hair.

When sitting down to meals, some people had the despicable habit of parking their ABC gum (Already Been Chewed) in plain sight on their plate, the table, etc., for later use.

I remember going to a place called the White Tower downtown. While waiting for our order I was swinging my legs back and forth on the rotating counter stool. My knees grated on a rough surface beneath the counter. I took a peek under the counter and nearly lost my appetite. There was a multicolored layer of chewing gun four inches thick along the entire underside of the counter. In working in a restaurant, that’s the job you’d get if the manager didn’t like you. He’d hand you a putty knife and set you to work.

In dating, like the later Binaca Breath Spray, the merest whiff of Dentyne on your person marked you as an inadequate neophyte or worse; insecure and downright needy.

I remember young girls deliberately and loudly snapping or popping their gum just to get the attention of certain boys, like common street-walkers looking for custom.

It is my understanding that chewing gum is banned in Singapore. In the United States, the sidewalk in front of every drugstore, convenience store, gas station, and supermarket is covered with a multitude of blackened, tar-like lumps of discarded and decaying chewing gum. Cement sidewalks are nominally white or light gray; but for twenty feet around the doorways of these businesses the sidewalk is coated and one might even say, protected from direct contact and wear from peoples’ shoes. It makes every street corner, even in otherwise lively and neat neighborhoods, appear dingy and sad.

But the rude, crude, and nasty habit of chewing, blowing bubbles, or speaking with your mouth full is not the worst part of the problem: that would be stepping in it.

Luck, like everything else in the world, is subject to a natural, statistical curve of distribution (The Bell Curve). I seem to be on the far end of that curve. Some people are so lucky they are banned from casinos. They are not great players; they do not cheat; they are just so extraordinarily lucky that they win every time they play; thus, they are banned. This, I think, has always been part of my saving grace, in that I understand that some people are just plain luckier than others.

I recall several occasions in my schooldays where I would return to class from recess or lunch, only to discover, much to my mortification and embarrassment (and the glee of my classmates), that I’d brought in some fresh dog shit on my shoe. Thus too, has it always been with chewing gum. I say that I understand the element of luck in everyday life, but damn it, it just seems to me that, as a person who has never even owned a dog and is not in the habit of using chewing gum, I’ve stepped in quite a bit more than my fair share of both dog shit and chewing gum.

Regardless of how far one goes back in the history of chewing gum, it has become something of a rite of passage for children. It was a minor bone of contention between my wife and myself concerning whether or not to allow our son to chew gum or not; she was “ferit” and I was “aginit”. It was she who introduced him to it.

One day we were in a grocery store and I offered to buy him a treat, and, much to my dismay, he choose bubblegum. He was about 5 at the time. Of course, being the kind of dad that I am, I went overboard and got him a thing called a Bubble Tape. It was a plastic dispenser that held a two yard-long strip of bubble gum. 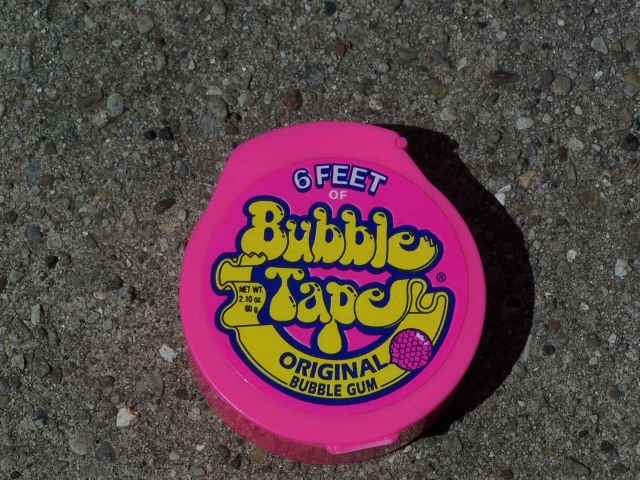 When we got home, I explained at great length all my objections to the habit. I especially pointed out my annoyance at stepping in it. I gave him detailed instruction in how to properly dispose of it when finished with it in order to avoid such mishaps. I told him to use a piece of scrap paper to wrap it up before discarding it in a waste container; and in the absence of paper, to use a leaf. I told him when he was out on the street, he should spit it out directly into a sewer to be absolutely sure no one steps in it. He nodded continually in understanding. I gave him the gum. When I finished my lecture he said he wanted to go just across the alley that abuts our property to play with the boys living there. I sent him off. Not five minutes later I went out for a stroll around the premises, including the alley. In walking past the sewer grate in the alley I felt a too familiar tug on my foot. A large wad of stringy, fresh gum was stuck to the sole of my shoe. I took off the shoe and hobbled back into the house. I picked up the phone and called next door and one of the boys answered:

“What did you do with your gum?”

“ I spit it into the sewer, just like you told me.”

I spent the next 15 minutes alternately cussing and laughing and cleaning my shoe.

I’ve told my son many times over the years that I wish him all the luck I never had. 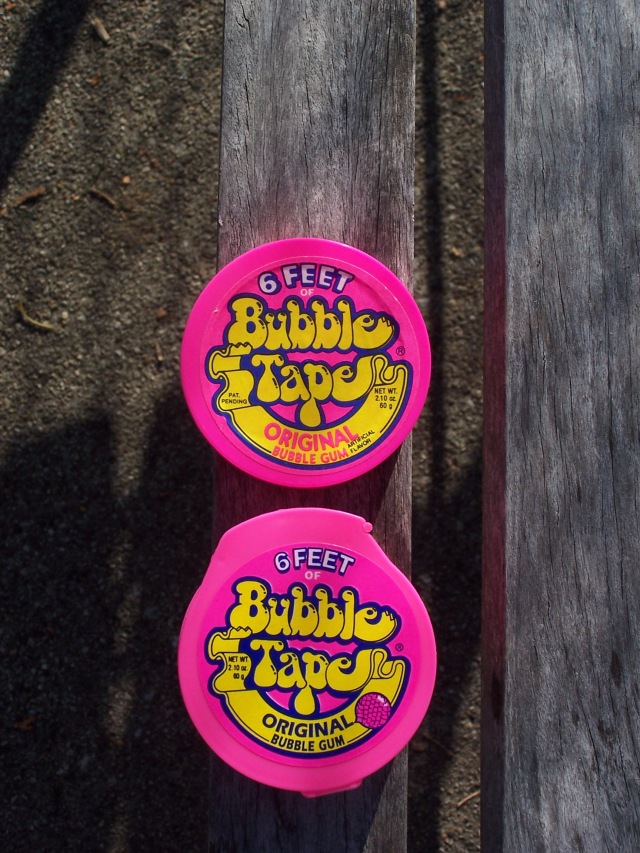