True stories are the best kinds of stories and this, I think, is no different. A while ago my elder brother dropped a bit of a bomb on me. He claims to have gone to school with none other than Ed Gein. It turns out to be true – sort of, – kind of, – in an off-hand or roundabout way, or in a manner of speaking. I guess it all depends on how you express it. 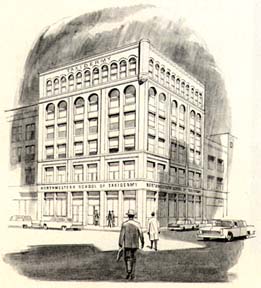 It goes without saying, but I’ll say it anyway, Ed Gein was into taxidermy. Duh. In the course of reading a True Crime biography of Edward Gein by Judge Robert Gollmar my brother discovered he and Ed Gein were, shall we say – colleagues? He discovered he and Ed Gein both subscribed to the Northwestern School of Taxidermy. Of course, all this took place ere I were ever born. In those days, the first half of the 20th century, such-like correspondence schools were all the rage.

In taxidermy, as with most anything else, one’s first attempt is usually less than optimal; and so too was it with my brother. In the first lesson he worked on a dead bird he’d found. My mother told him to get rid of it. So, one might conclusively say that my brother was in fact a taxidermy correspondence school drop-out. Not so with Ed Gein. He apparently went on to some serious post-graduate work.

Jurists have long argued the definition of obscenity. That which is scenic relates to the visual sense. A thing obscene is that which one finds offensive to the eye. Research experiments have been conducted wherein subjects viewed various images and the eye’s response recorded. When the experimental subjects viewed images of babies, pretty women, sunsets or flowers and other, such-like pleasant scenes the irises of their eyes would respond by widening, dilating slightly. On the other hand, when viewing images of ugly, repugnant, unpleasant things their irises would measurably constrict. Therefore, a word of caution: the true crime biographical case study “Edward Gein” – by Judge Robert H. Gollmar contains explicit crime scene photos that are the very definition of obscenity; they’re even described on the cover as blood-curdling. They go beyond the hairy-fat-guy-in-a-Speedo-bathing-suit-at-the-beach kind of obscene; rather, they are the kind of horrific obscenity that, as they say, cannot be unseen once seen. They stay with you forever. I strongly advise against viewing them.

On a more serious note: As a student of psychology (I do not boast), in reading this book there were two things that, although given very short shrift, jumped right out at me. First, at one point Ed Gein said he fainted at the sight of blood. This I immediately related to some reading I’d done about Sigmund Freud’s fainting incidents. Second, when Ed Gein was five years old, his father ran a butcher shop.

Ed Gein’s father was described as a ne’er-do-well and a brute. His mother, a bible-thumper obsessed with the sinfulness of women and of little protection for her children.

Abnormal Psychology is a window into the psyche. I do not see anything neurologically or organically wrong with the brain of Ed Gein. How else could he function socially for so long without someone taking notice? Rather than viewing him as this heinous, middle-aged, cannibalistic sex deviate and grave robbing necrophile, I visualize him as Little Eddie Gein; that sad and frightened little five year old boy toiling away in his father’s butcher shop – straining under the load of carrying out buckets of animal heads, bloody skins, feathers, guts and all manner of gory offal or sweeping and shoveling up blood soaked sawdust at the end of the day. Ed Gein was once a child. In dealing with the rest of humanity, as I grow older, more and more, I see the child within.

Ed Gein did not have the luxury of developing charactological defenses normally. Exposed as he was to the bloody carnality of animal slaughter at so tender an age, when he fainted as he said, he couldn’t physically run away, instead, so fearful was he of his bullying father’s anger he retreated in his mind, fainting just as he said, but staying on his feet and never actually hitting the floor. As a child he wallowed in blood and death beside his father but was also sexually repressed by his mother.

Years later, and seemingly normal, he hunted, butchered deer, and shared his venison with his neighbors. He practiced his taxidermy – likely in a faint. He yearned for his dead mother-protector while his libido was freed to find expression. When he danced in the moonlight wearing taxidermized human skins or robbing graves for lady parts there was no clear barrier separating his conscious and sub-conscious mind. He was living the dream.

Ed Gein was once a baby, an infant, a toddler, a child. Serial killers and mass murderers all start the same – as children. As heinous, bizarre and disgusting as their deeds are; as horrific as the crime photos are; we must always remember the child. It is a lesson for all of mankind.

There is nothing in this world you can do, create or invent – not in the laboratory, the factory, the operating room or court room or even congress more important than rearing your own child.

Parenting is a most delicate matter. Parenting provides the superego – that very thin and fragile veneer of civilization, culture and humanity.

Is it not bad enough that the Industrial Revolution decapitated the nuclear family? Must we also capitalistically tear the suckling child from his mother’s breast?

I am a sexist. I am and have always been anti-feminist. I would never deign to marry a woman who proudly and loudly proclaims the right to butcher at will (abort) or abandon (daycare) her own child or make a minimalist mockery of motherhood just for money’s sake. It is not about having it all; it is an either or question: Either you are a mother or you are not? There is nothing in this nation of fools that calls for the abandonment of children.

I know feminists as victims. I know feminism to be the seduction, brainwashing and exploitation of women. Until motherhood is perfected I will, to my dying breath, oppose working mothers. As to parents – I see no experts here.

The Ed Geins of tomorrow are in the pipeline today. When you see a darling child out there on the street you may well be looking at yet another little Eddie Gein.